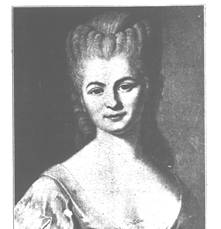 Nicole, who married royal clockmaker Jean Andre Lepaute in 1748, successfully predicted in 1762 the exact time and extent of a solar eclipse due in 1764. She published an article in Connaissance des temps (Knowledge of the times), which included a map of the eclipse’s extent in 15 minute intervals across Europe.  She also correctly predicted the return of Halley ’s Comet in 1759, calculating how the gravitational effect of the planets would influence the comet’s path with colleagues Alexis Clairault and Jerome Lalande.

The asteroid 7720 Lepaute is named in her honour, as is the lunar crater Lepaute.